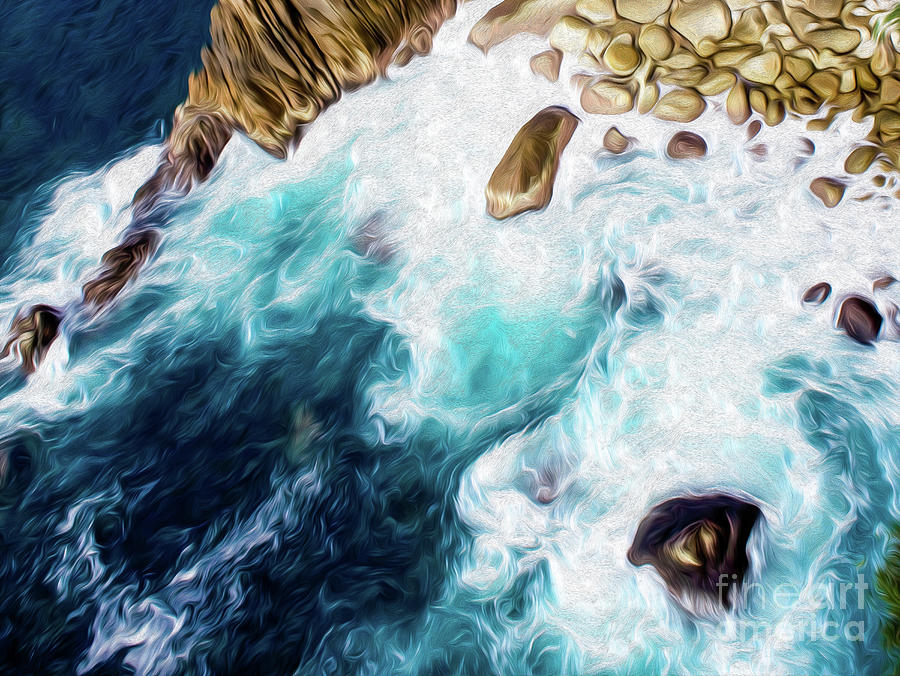 An artistic expression of the cliffs in Acapulco, Mexico. This is one of three expressions that I captured of this scene while vacationing in Acapulco, Mexico. At the time, I was taking a tour with my older brother. It was just he and I along with our very friendly tour guide, Adolfo. Adolfo observed that I had a full complement of camera gear with me. He said to me, “Hey if you see something that you want to take a picture of, just let me know and I will be more than happy to pull over and let you do so!” We were riding down the street in his Suburban, so I was sitting up high. I looked out the window over the railing to my right and I saw this scene. I immediately notified Adolfo that I wanted to capture that scene. He pulled over and I was able to capture my fill of this awesome scene. As we neared the end of our 4-hour tour, Adolfo was so thankful in our genuine interest in touring Acapulco and learning about its people and rich history, that he offered to give us another hour of touring at no extra charge. Of course, we took him up on his offer and I was able to capture even more awesome scenes in Acapulco, Mexico!